(I can’t imagine anyone is out there still reading this, but I just realized this was never posted, my last day of hiking. But here it is.) 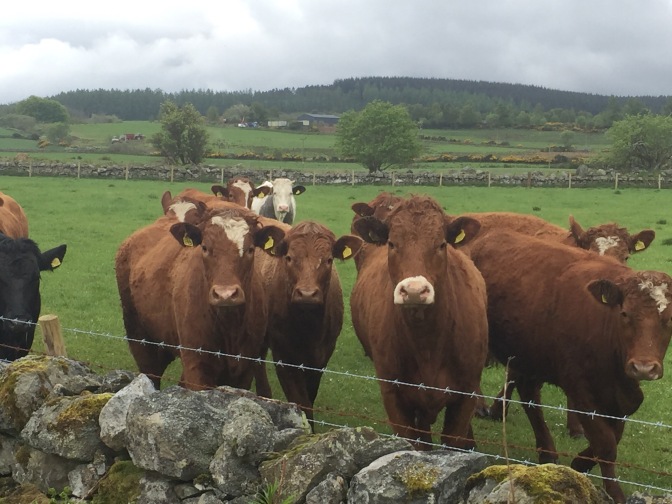 I walked into Stonehaven, not certain which direction to walk and asked a passerby which way to the sea. He looked at me limping, carrying a backpack and pointed me down this road with a smile.

Ten minutes later, I was standing in the North Sea. 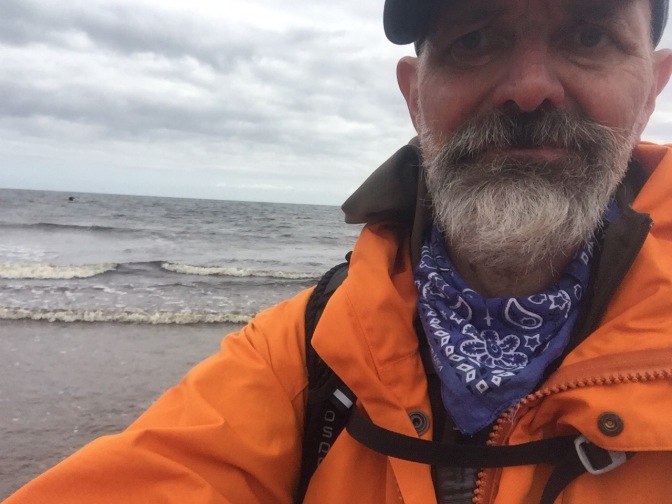 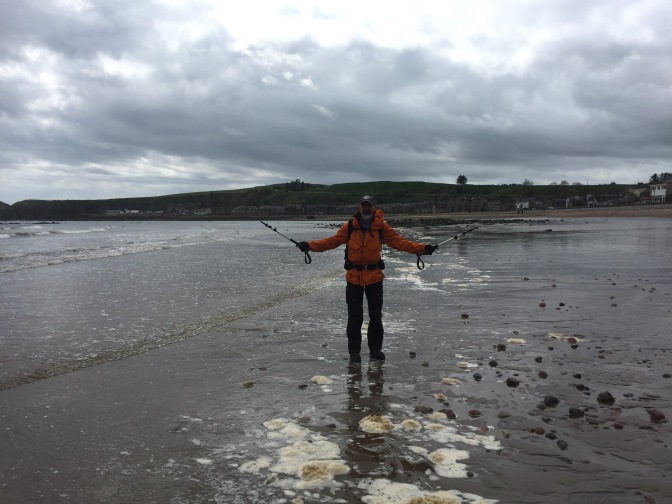 It was I gotta say, pretty emotional. I had visualized this day for almost six months. And here it was. What I expected and different. Hard to put into words. But so worth it.

The bus to Montorse and check in was a few blocks away, it turned out. 40 minutes later I was standing in Mission Control getting my certificate, pictured with Ali, one of the directors of TGOC.

It was done. All that was left was the dinner the next day.

It was more than enough but somehow I thought in the back of my head, I might come out of this with a new perspective on life. A reboot. A passing Go and collecting $200. Lord knows I could use it. I have my share of life’s baggage. Business is less than it use to be. And I fear I am in need of new direction.

I imagine we all would like to think of ourselves as old souls. Several dozen times around the dharma cycle, picking up knowledge, wisdom and recipes along the way. I used to think that. But I know I am a new soul. Fresh off the factory line. In my most recent past life I must have been a salamander, a newt or a television game show host. I’m wet behind the ears and ready to buy that Brooklyn Bridge for the right price. And buy it I will.

As long as I own the hiking right of way.