Thank you Gene Autry, for those words of promise, written in 1939.

I’ll get into my rebound in a bit but first of all, it is the Royal Wedding right now and I am sitting next to Mary, 76, who is giving me (whether I want it or not) a play by play of the Royal Family. 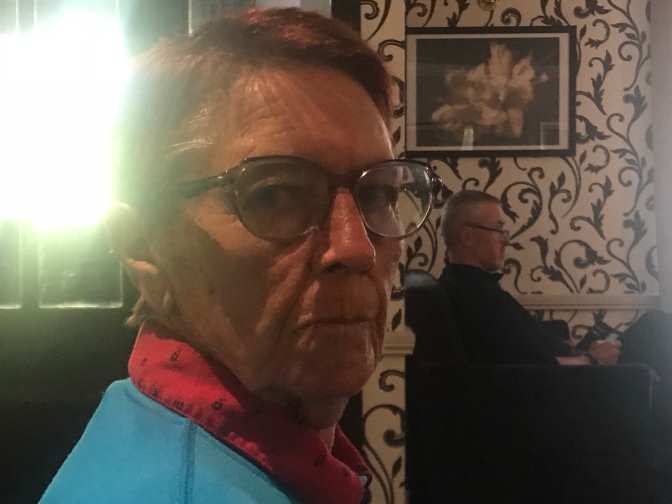 Mary my color commentator, you should be so lucky.

Braemar has no proper pub, a befuddlement to an otherwise lovely village. So those of us interested in watching are gathered in the lobby of the Invercauld Arms.

Now the odd thing is that we are in Scotland watching an Englishman’s wedding and the Scots are not happy with it. 400 years since the Jacobite Uprising and they still carry a grudge.

I will add updates to this as they unfold, and as Mary tells me.

As you can see, all are seated (Elton John, George Clooney, other people) and the Queen. I know these photos practically put you right in the chapel, consider these my gift to you.

Prince Harry and Prince William, walking in. Mary believes he has had his chin done. “I certainly hope so.” She said.

Meghan arriving at the chapel. By the way, you are welcome to share these exquisite photos of the wedding, but please they are not for commercial use.

Update 12:11
The vail was lifted and this room broke out in awes. 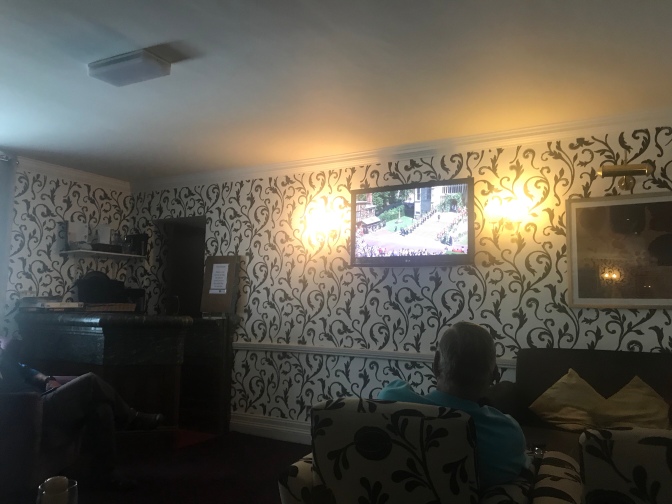 And here they are getting into the carriage. This will end my coverage of the Royal Wedding. I am thinking of printing a limited edition, boxed set of these wedding photos. Suitable for framing, gifting or litter box liners.

Friday morning I took the train back to Aviemore, from Inverness and arrived at 10:23. Karen picked me up at the station and we headed off to Braemar, maybe 25 miles away as the crow flies (or TGOC hikes) but two hours away by roads. We had to go around the Cairngorms.

My thought was to have Karen drop me off at Balmoral Castle and I would hike into Braemar. First to check out my knee and secondly to shorten my hike on Sunday.

And that I did. I changed into hiking clothes and soon found the trail on the other side of the entrance to the castle grounds. And for £11 they would let me through. After much back and forth, they hinted that if I walked East a bit I might find a way in. But that is all they could say (I believe for fear their heads would be cut off, after all, 11 quid is 11 quid).

I took their hint (and several brochures) and walked the wrong direction until I came to a golf course greens entrance. No one was around, so in I went and found the trail. 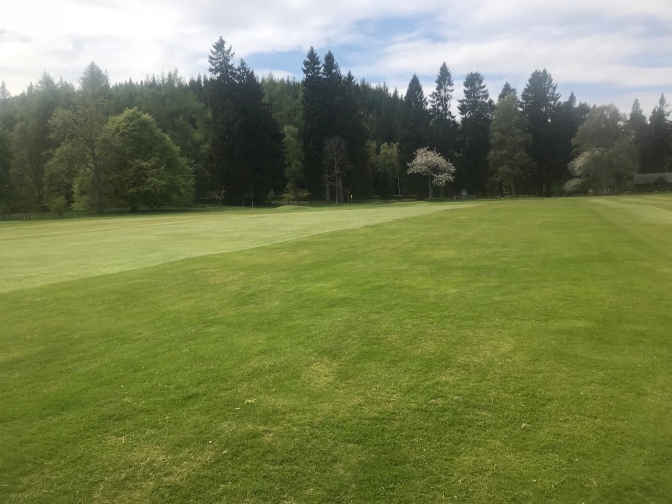 Ten minutes later I was back to my starting point and a view of the castle:

The hike was mild, which was a blessing for my knee. I did eight miles in about 3.5 hours with a climb of only 49 floors.

I checked into the Invercalud Arms, had a bath and walked around town.

And who should I run into, but Harry, who arrived by bus. “I’ve taken myself out of The Challenge!” Russ said. 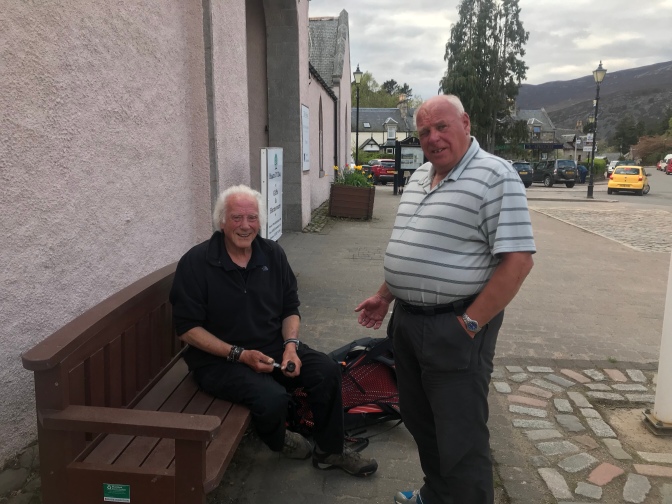 Chatting with Russ and Ian. Ian had crossed 15 or so times and now brings his caravan along the major routes and hands out breakfasts, lunches and at night, soup, beer and whisky.

Russ, as I had earlier thought, was not heading towards Pait Lodge, but going slightly south with Herman. And he was doing it with a 100º+ temperature. That, coupled with a twisted knee and a fall a day or two later, forced him to call it a day at Drumnadrochit.

Russ walked off to his B&B with the promise of coming down to the Arms with Herman for a beer later.

I had dinner at the hotel with John (23rd crossing) and his wife Norma (13th crossing). Norma is dropping out due to blisters. They are so severe, she is two inches taller than normal..

Soon, the bar started filling up with other TGOCers.

There were John and Norma, Russ and Herman, Lyndee and her husband Ron, who came to offer support. Paul and Karen, of course, Stewart and Lauren. And Allen, who has done several crossings and just started in Aviemore, to simply be a part of this years’ crossing. And many others who names I could not capture. 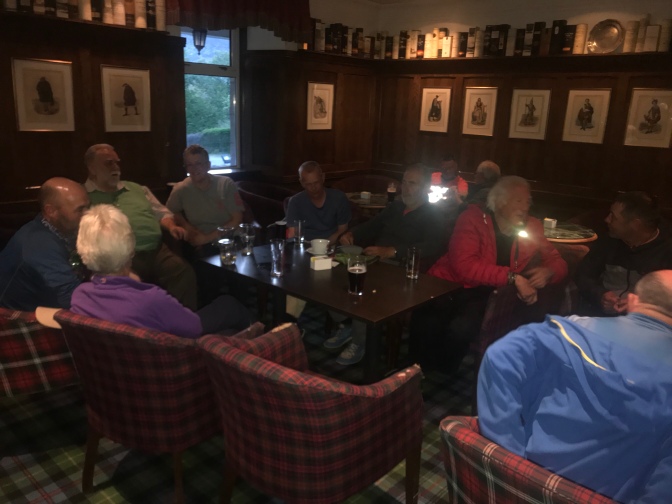 The troops begin to gather.

It was an adhock meeting of one of the most exclusive clubs on earth. You can’t buy your way into it. The Great Outdoor Challenge.