I write this from Kinguisse, at the end of day five. No need to talk about that until we catch up to it. I can fill you in that I am absolutely exhausted.

But not on my hike to Cougie. 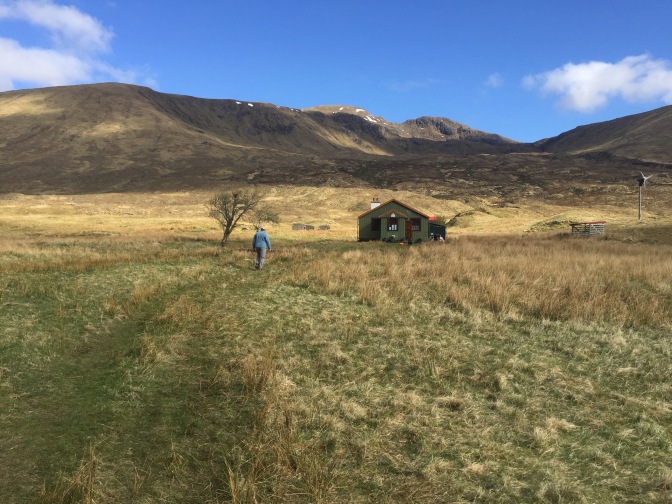 I bid adou to Scotland’s oldest hostel and headed down the trail with Tony, heading to Cougie, a farm in the middle of nowhere. Cougie has a long history with TGO and is an oasis of hospitality that is only open two days a year for TGO.

The weather was still holding up with blue, the temperature in the mid 50’s and the conversation great. Tony is an ex history teacher and has a new book out on Britan’s largest river, and no it is not the Thames. We walked for several hours and met up with Phil, another Brit and hiked with him for a while. He was faster than us and as he disappeared around a bend on the trail I yelled at him to book me a room at Cougie if one was available. 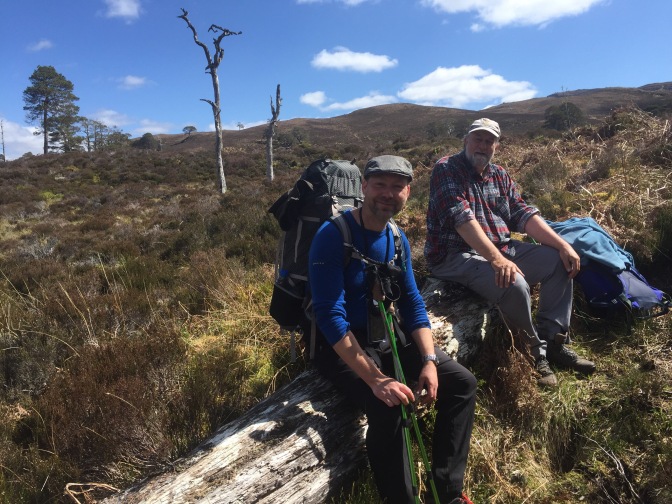 Just as we see almost to Cougie, I realized my Wellesley baseball cap had fallen out of my backpack belt while adjusting it. I figured out is was only a mile or so back, so I dropped my pack and trotted back to get it. I know, a reacurring theme. But I found it and and raced back to Tony who was guarding my pack, from whom, I do not know.

We arrived at Cougie around 5:00 and found a good crowd enjoying the sun and conquering another day.

And what better beer to serve up with stew in the middle of nowhere but Red Tripe, mon.

Rounding the corner to Cougie, I had a sense it was like Ravindale in Lord of the Rings, and that was only reafirmed when standing in the kitchen was the guy below, with his son, Ben, who cooked dinner and his daughter, Melanie, who was in charge of the front of the house. When I walked in I said to the older guy, “This is like Ravindale and you look like a teenage Gandalf.” 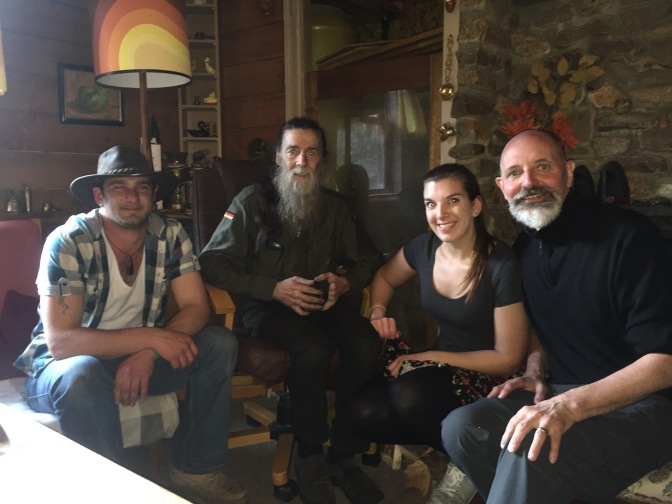 He replied, only humans called it Ravindale, the elves called it:

And he showed me the plaque.

A few of us stayed for dinner, with Ben doing a splendid job and when dinner was done, the family sat with us an passed out sample of 3-4 single malt whiskies. 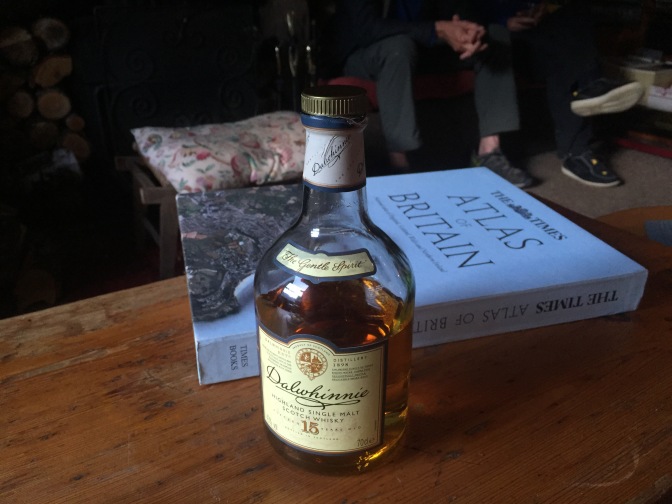 Sum total for dinner, breakfast and a room was 20 pounds. It ended up being one of those magical evenings hard to capture in words. But they were gracious hosts with great stories.

More later, too tired to think.