Thursday, May 18, to Pitlochry

More on the Chinese in a moment, let’s keep the narrative linear (oh but look at those pretty flowers, and the movement out of the corner of my eye, and what was I going to say?).

Today was a short hike of only 8 miles. But again, my back is killing me, and I’ve not been eating.

Typical of the day. 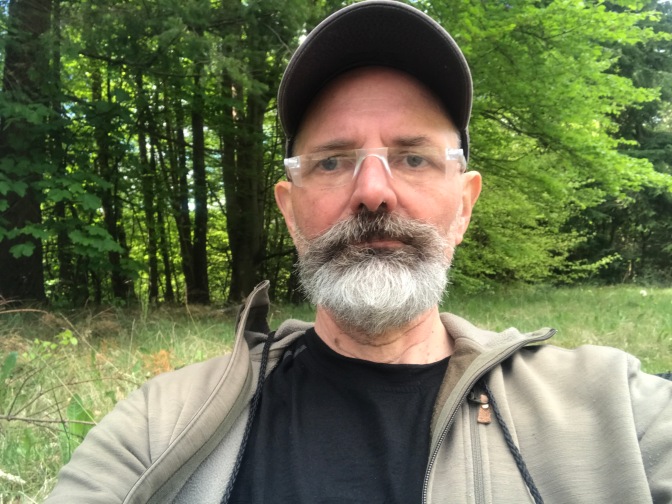 That’s me with the glasses.

Okay back to the Chinese. Here is what was driving me forward to Pitlochry. What I was focused on and dreamed of for two days. My constant companion in my thoughts. My obsession that made me put one foot in front of the other:

I discovered Pitlochry had a Chinese take-out restaurant and I was Jonesing for it big time. As I said I have not been eating. Can’t force myself to take in as many calories as I need. But Chinese? I could eat Asian food five days a week and the other two? Chow Mein.

I arrived in Pitlochry around 13:00 or so. There is really one main drag through town, the high street, Atholl. 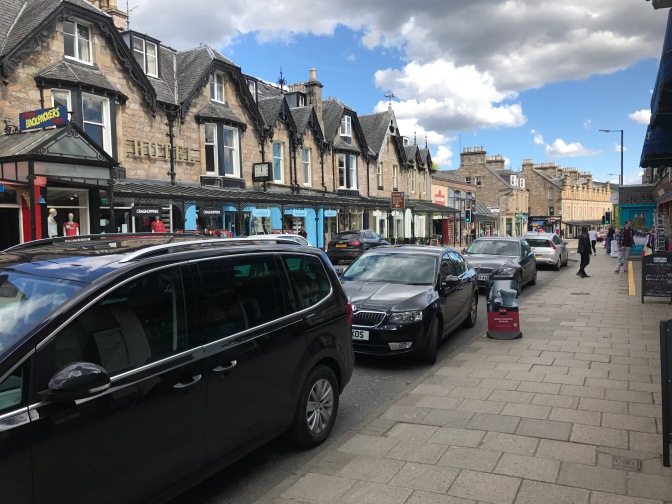 It’s a lovely town and very popular with tourists. I had the address for my B&B and the Chinese restaurant memorized and they were not terribly far from each other. I was looking for the Bamboo Garden but they had changed their name to Lucky Diamond. Lucky for me I asked around.

But there it was. And they opened at 15:30. I was a bit (well, a bunch) light headed from my hike with no fuel in my belly, I decided to chill out a bit across the street. Had I held out my hat, I know I could have scored a quid or two. I’m not entirely certain what a wanker is but several people passing by called me that. I assume that is a sign of respect for a hiker on TGOC.

In time, I saw someone open the door and go in to prepare for the day and walked across the street to see if he had a menu. The guy obliged me and as I walked out the door with menu in had, something happened. A few minutes later I feel a tap on my shoulder and hear the guy asking if I am okay? I open my eyes and find I have slumped down in the doorway, take out menu in hand, with a queue of deliveries asking if they can walk over the old white guy (that being me). I assured him I was fine and floated across the street to my rucksack and sticks. 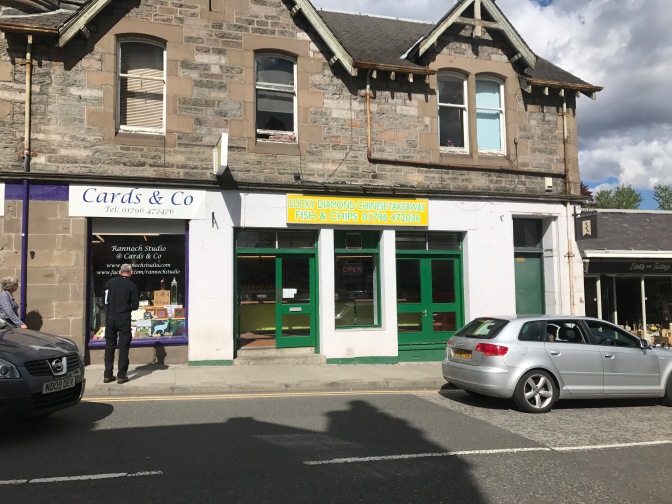 Imagine yours truly sitting above.

Made it to my B&B, checked in and they were not ready for me for another couple hours. Had minestrone soup and a pizza down the street in anticipation of the Chinese to come.

The Chinese saved my life.