Wednesday May 17, to Blair Atholl

In days, the hike is half over, if you can believe it. I haven’t added up the miles but it is close as well. My back, sadly is killing me. The legs, I believe, could walk forever. But the back, not so much. Mr. Ed is in fine spirits.

The weather is getting better. It’s a warm day and looks like there might be no rain. The day in and day out of walking, carrying a pack and feeling my back slowly give in, is weighing on me. As is hair loss. 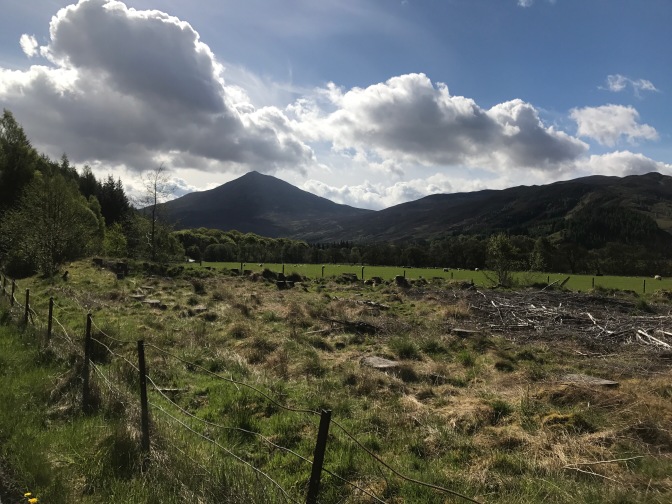 (Typical for the day).

I knew they had blue skies here.

I arrived in Blair Atholl and found my B&B. Down the road was a great way house with this display below in their dinning room. 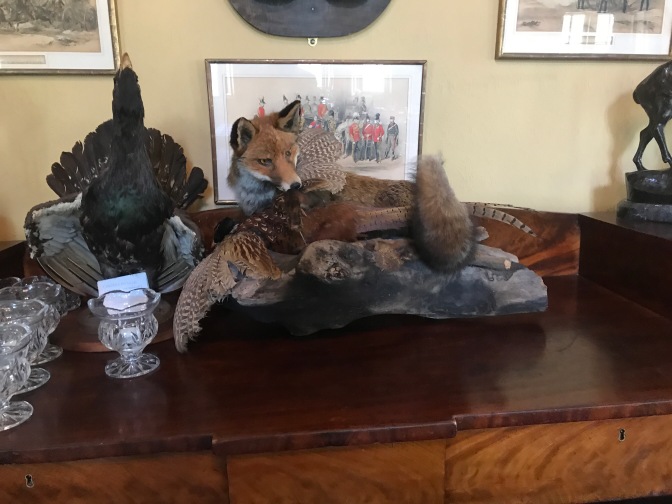 The B&B is owned by Gordan and his wife, Lin. As it turns out (and I never knew this), Scotland is a hotbed for curling. Gordan’ father, grandfather and great grandfather all curled. And Gordan and Lin are the proud parents of a son and daughter who play in the Olympics, representing the UK.  Eve Muirhead I believe has been to two Olympic Games, is the captain, and her brother is off to Seoul in 2018.

I thought it might be fun to take one of their curling stones as a souvenir, but at an average of 40 pounds, thought that might be a bit much to add to my pack. Well, that and the thought of being arrested.