I left Kinguisse around 8AM and immediately hooked up with Ben, the fine art photographer from Balitimore. Ben is a walking machine but hung with me for a while. We made a couple miles until I had to take off my pack because of yes, my back. I joined Phil, ex Royal Army and Clive, whom I know nothing about but he is a hiker’s hiker. We went a ways and set up for lunch in the cleanest hay barn I have every seen.

The day was a wet one, with rain the entire day, for the most part. Finishing lunch, we packed up and moved on, these guys ahead of me in a mile or so. But I knew my route, had my maps and trudged on, resting as needed because of my, well you know. 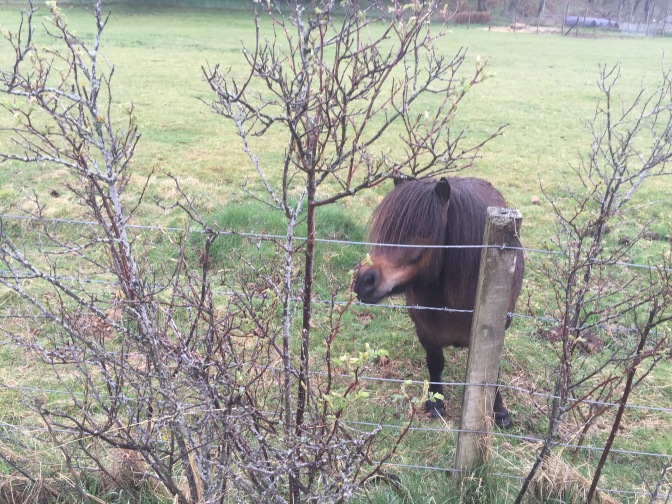 I marched on, finally reaching a major stream to ford. I crawled down 40 feet of brambles on the bank to reach the stream.

I mucked around for 15 minutes until I found a bridge over it and had to climb back up the embankment. Fun? So is hair loss.

FInally, 23 kilometers and a 600 meter climb later, I arrived at Glen Feshie and the Bothy. I had hoped to go another 5-6 miles but I was exhausted, it was still raining and here there were people. I walked in and someone handed me a cup of tea and another passed me a flask of whisky.

At the Bothy were, Phil, Clive, Kenny, Ava, John and several others. There was a fire going and I shared a room with Kenny and Ava, who promised not to snore. A free minutes later the door bursts open and in walks a guy named Lindsey, who was manager of the Bothy, for free for the Laird of the land. Lindsey had worked around the world in the oil industry and is very charming. As it turns out, the laird is Danish and owns the H&M chain of stores. Not only that but he owns six other estates as well. Who would have thought selling blouses could be so profitable? 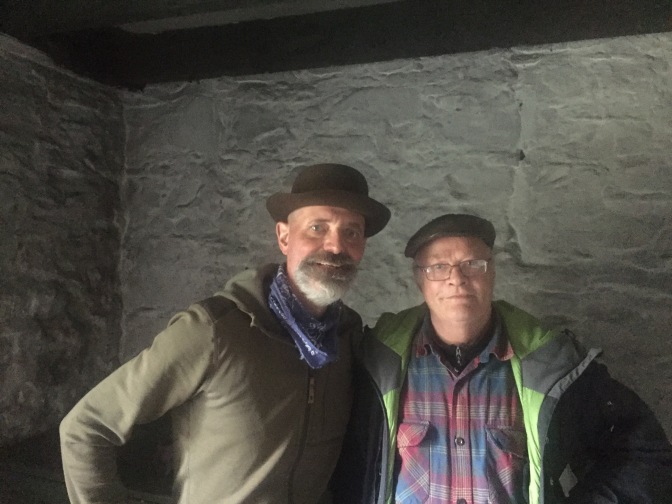 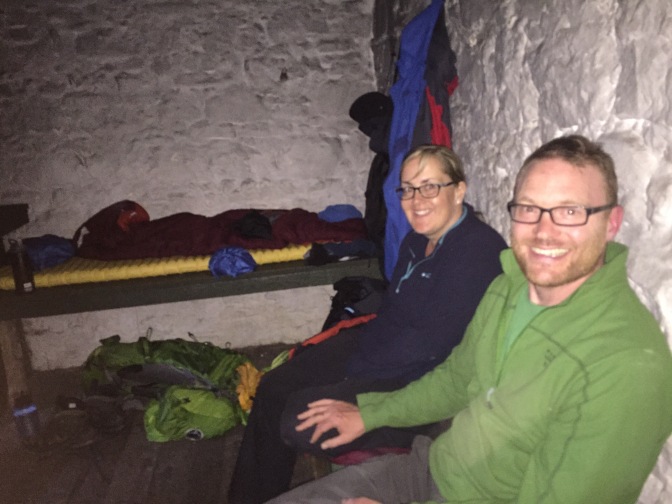 Lindsey passed around a bottle of whisky and if you didn’t like that, a nice port.

Finally it was time for bed, with Kenny and I sleeping on the floor because the bunks were too naarrow. And besides, it gave the mice something to play with. Nothing sweeter than a mouse licking you goodnight to get your salt.