(Update from Kinloch Ronnoch, Tuesday, May 16, each day entered as it’s own entry)

We got our money’s worth, more on that later.

Up at 07:30 with breakfast at the hotel. Out the door by 08:30 and a walk through the village to find the track to Upper Kingglass. I know I was going to be in good hands when i passed these two standing by the garage of the village Catholic Church.

I’m not quite certain but I believe they were praying for me. That or a ride to the next parish.

The track was through woods and by the loch. It was very pretty with gray skies and intermittent sprinkles. 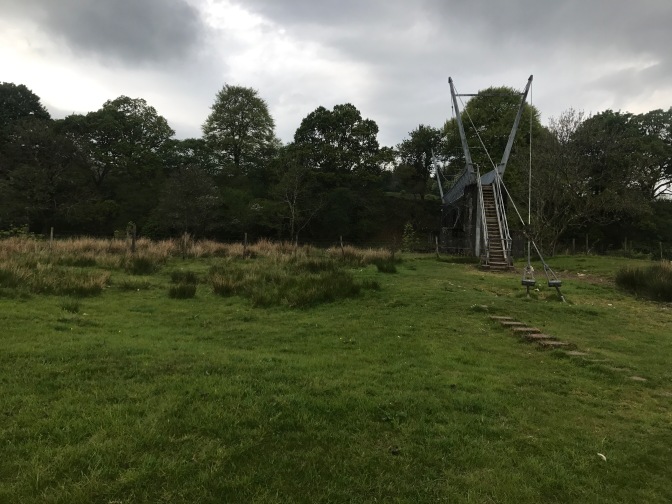 This is a bridge not far out of town that crosses a river. You are basically walking across on 2X8s 40 feet in the air. And when it sways as you walk, I believe they could charge admission for this at a county fair, except you would have to be buckled in.

The track was up and down and the skies started to get more menacing.

And then it started to rain. Gentle at first then a bit harder. 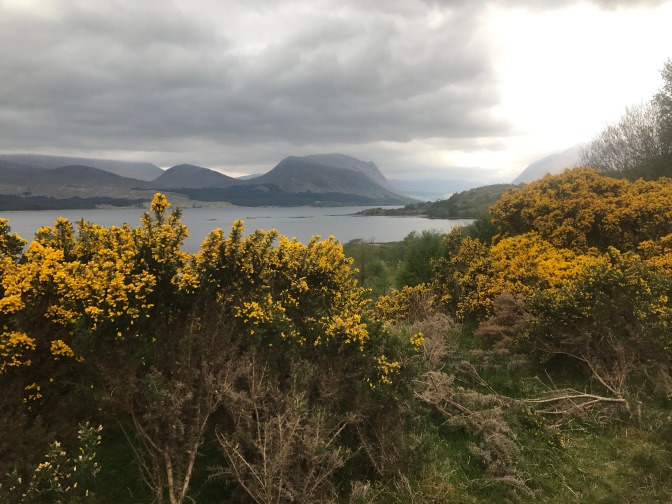 Above is a plant called garrish. It is absolutely beautiful and covered in little spikes and smells like coconut oil. Like a Pina Colada with safety pins in it.

As you can see, the landscape is stupendess and makes up for any worldly discomforts, like bitter cold, pouring rain in the face and lack of wifi service. Well, it sort of makes up for that.

I walked for four hours without seeing but two people, Doug and Dot (you remember what that is short and long for).

Maybe an hour to my campsite, these two marched up, like they were on a mission from the god of walking (and they were). 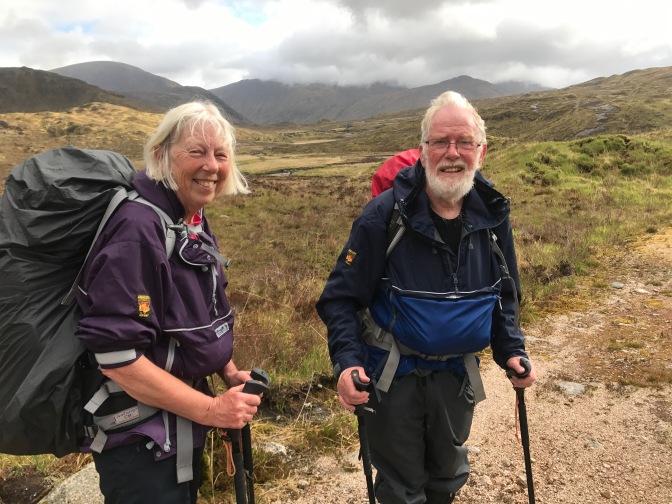 (Photo from the next day). Meet Margaret and David. They are the oldest couple on the hike, with David, 77 and Margaret, 75. David said he liked a younger bird. This is their 16th crossing and the way they hike makes me look like Bambi, albeit Bambi was probably still faster than me, but not compared to the other bucks. Like these two.

We hiked the last couple of miles together through forest track to the place we both agreed would be the best place to camp. 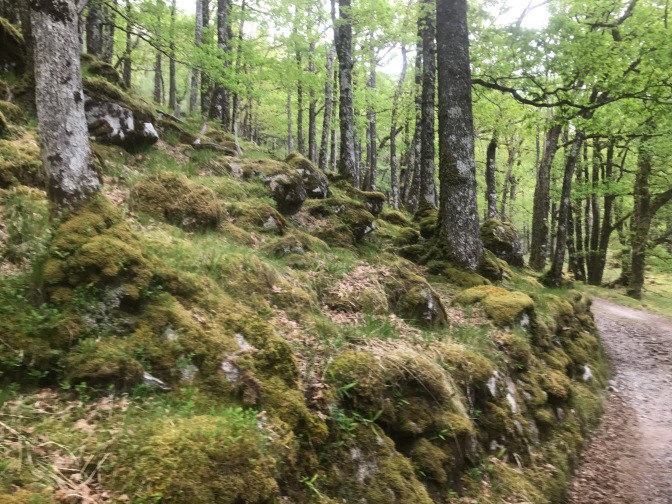 The weather had been cycling through drizzle to light rain to heavy rain and so forth. It had been a 21k day with 484km of climbing so we were ready. And with a light rain, we could get out gear up before any storm. 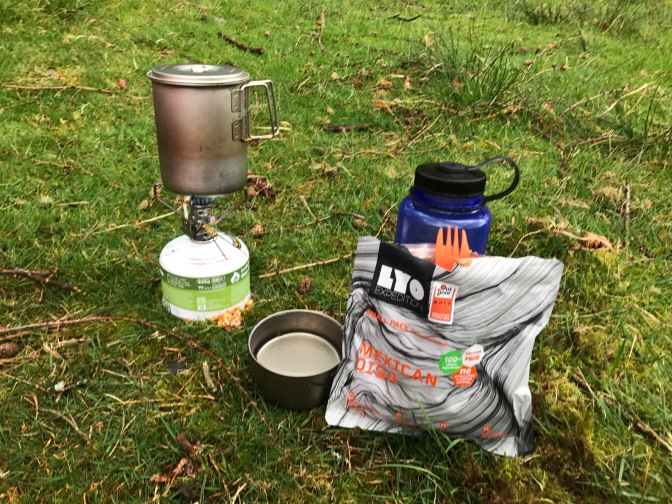 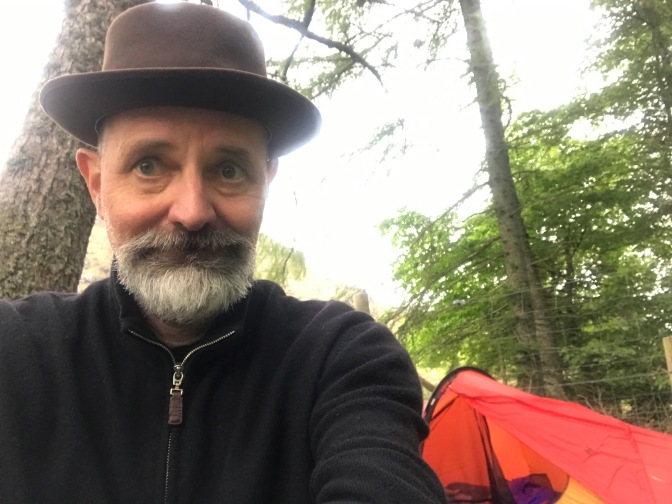 I was packed away in my tent by 19:30 playing chess on my phone. Tired but comfortable lights out around 20:30, looking forward to sleep. The rain started about five minutes later, pelting the tent. Pouring on the tent. Making the tent sway in the moonlight, the beautiful moonlight. Only there wasn’t any moonlight.

And then the winds came. Howling. Merciless. The gods of Scotland letting us know who was boss. My tent is flapping in the wind, secure–I was never worried about that–but it was like a freight train rumbling by, a jet engine ten feet way, your mom telling you to clean your room. It would cycle down and start up again. For the next 8 hours.

In the morning, we woke up exhausted. But all dry. And that was it. That was our money’s worth. It was a night of camping not to be forgotten. The tent held up like promised. So did I.

I do try my best to spell check, but hey, it’s a blog on the road so cut some slack.

And if you haven’t. Go to the menu and read “Why on Earth,” which gives a bit of background into the TGOC and why I am doing it.